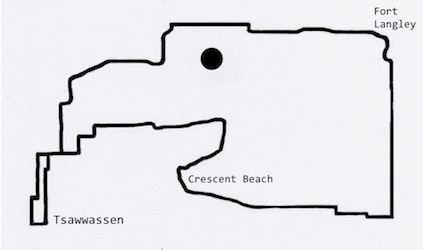 Route note from Eric Fergusson, January 2011: There's been an intersection modification at 149.0 km. The cross street is no longer marked "Telegraph Trail" (Bear Right). Turn right on 198 Street ( I think it was 198) - it soon becomes Telegraph Trail. If you miss it, turn right on 192 Street and you'll rejoin the route (left on bike path) at Golden Ears Way just after the Surrey/Langley waste transfer depot.

Route notes from Chris Cullum, December 2011: 80th Street near the Boundary Bay Airport (at 69 km) is closed for the construction of a new overpass. Continue straight on 72 Street, then right on Hwy #10.